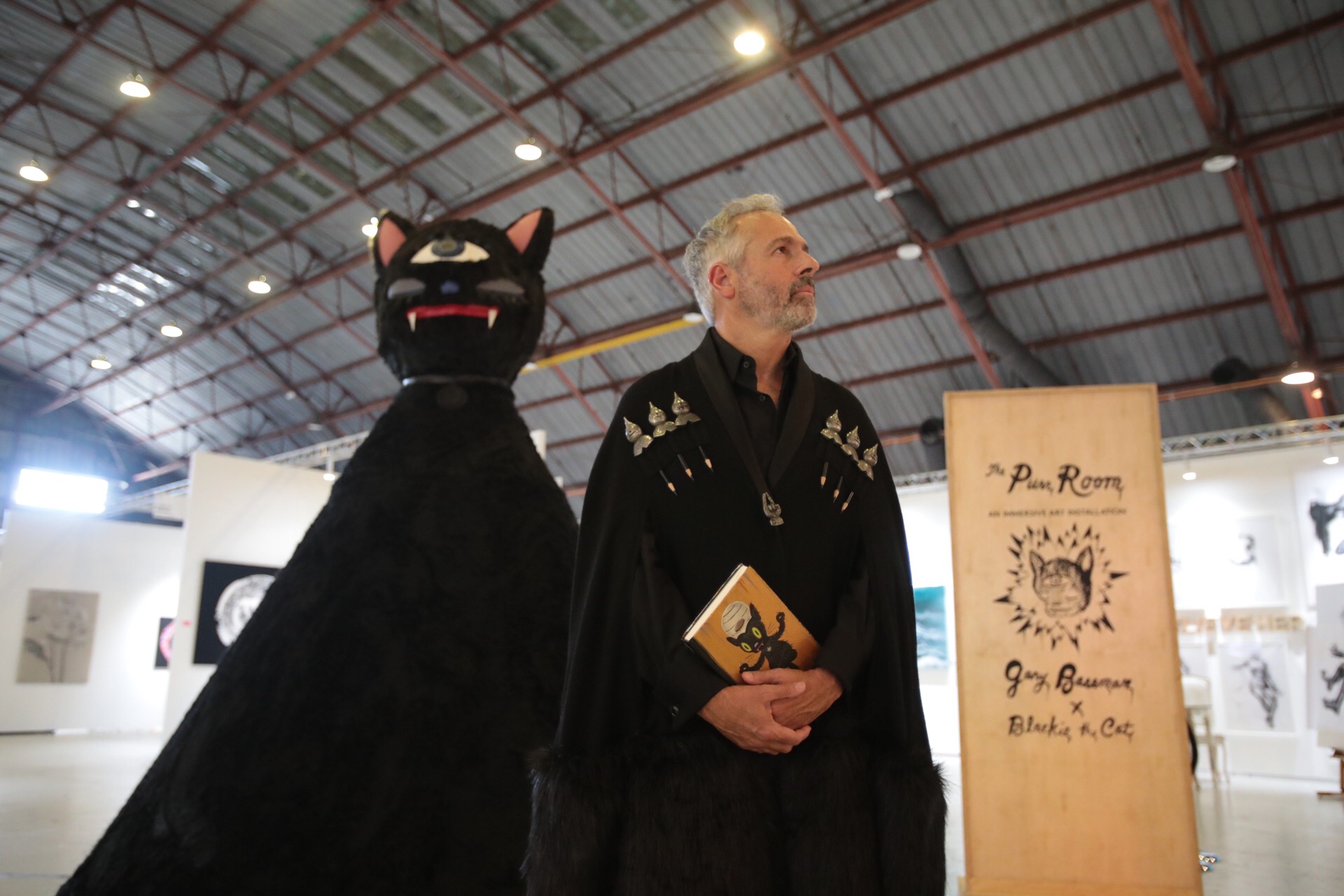 The Other Art Fair Los Angeles invited Gary Baseman to be the featured Guest Artist in October 2018. Rather than a traditional painting and drawing exhibition, Baseman decided to share the healing power of his pet cat Blackie’s purr through an experiential art installation. A response to the chaos and noise of the world and daily news, Baseman asked attendees to pause and think about who they love unconditionally, what a hug feels like, and to draw a favorite pet. After this orientation, a single person or small group entered The Purr Room to listen and feel the “power of purr.”

Rest In Peace, Ennio Morricone, composer of some o

Blackie the Cat can be the SWEETEST on his MORNING

Taking a walk with Blackie the Cat. 🖤 #blackiet

“HELLO BLACKIE” This was my painting for the 4

I was a Happy Baby. Me with my two older brothers,

Portraits of my late Mom, Naomi Baseman, as the En

CATURDAY MORNING STROLL! This is one minute of a b

LET’S STAY MASKED! Somewhere OVER THE RAINBOW an