Six years ago this fall Baseman shared Mythical Homeland at Shulamit Gallery in Venice, California. In this series Baseman delves into the real and imagined histories of generations past, interpreting the Holocaust and its lasting effects on culture and identity. Through twenty drawings, paintings, and photographs installed in a literal birch tree forest, Baseman references the very environment into which Baseman’s father fled and survived among other freedom fighters during World War II. The exhibition also included a short version of “Mythical Creatures,” the documentary exploring the artist’s parents and their lives in their original homelands in Eastern Europe.

Click here to see more images from this exhibition. 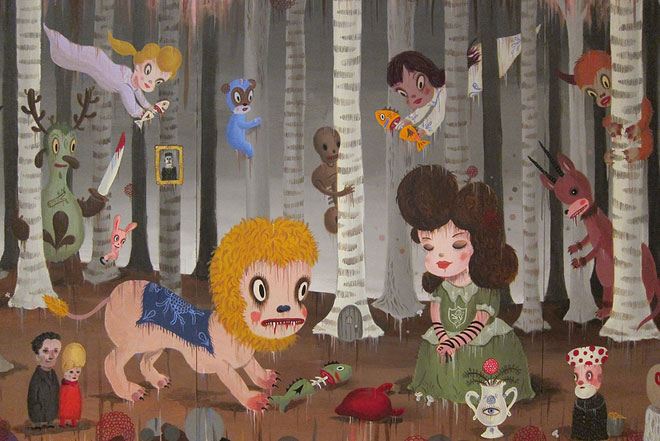